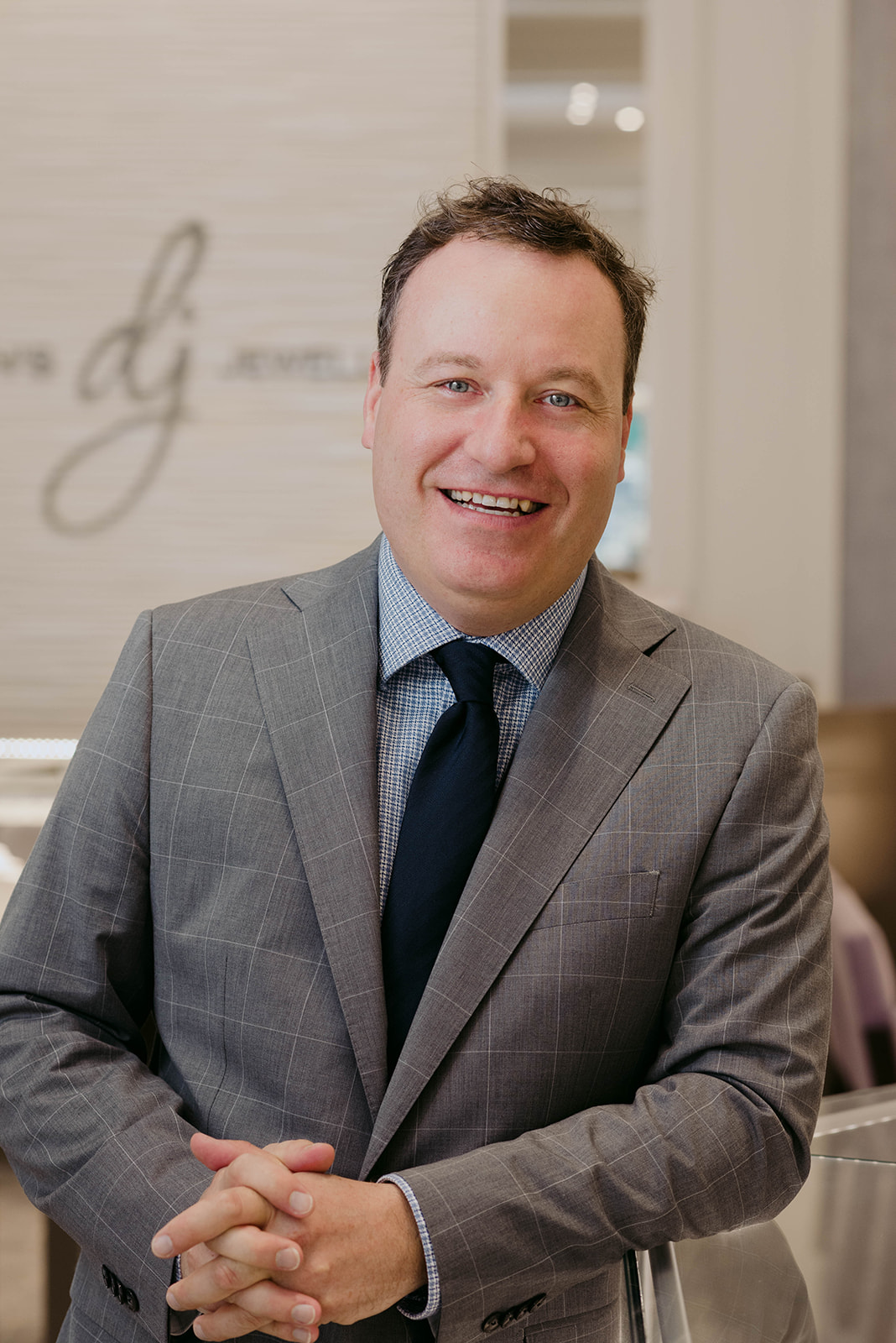 Growing up in Smiths Falls, John spent much of his time working with Stuart Patterson, a jeweller and watchmaker who inspired him to pursue a career in the jewellery industry. John worked hard to become a Graduate Gemologist (GIA), Certified Appraisal Professional (CJA) and holds the industry's highest achievement: Certified Gemologist Appraiser from the American Gem Society. Prior to Davidson's, John spent one year in the United States working with Morrison Jewelers in Kalamazoo, Michigan.

He originally wanted to join the Davidson's team because of the great reputation the business had not only in Ottawa, but in the Canadian Jewellery industry as a whole. Once there, John quickly fell in love with the strong neighbourhood feel in the Glebe, which reminded him of a small town.

John began working as a gemologist at Davidson’s in October of 2007 and became the President in June 2010, beginning a transition of ownership from Judy (Davidson) Richards. Despite his years in the industry, his favourite piece of jewellery still remains the gold signet ring he received for his 18th birthday. In addition to gemology, John is also passionate about music, is a talented pianist and organist and enjoys spending time with his family.